Changing The Cover of YA Books For Boys

I've been having lots of great conversations about writing lately. And these conversations have been turning into blog posts, like last week’s post about Q&A’s in novels.

I had a different post scheduled for today (which was also inspired by a conversation), but I'm bumping it to next week because of yet another great discussion. Author Andrew Smith has a series of posts on his blog about boys reading YA books. Specifically, how boys don't read as much as girls and why that might be. His posts are fantastically insightful, and author Michael Grant has been weighing in with both his experiences and opinions. Go read. You'll be glad you did. :)

Anyway, Andrew's posts got me thinking. From what I gather, the general consensus is that teen boys don't read (with a few exceptions). Is that really true? Because, if it is, that depresses me. I have two boys that can't get enough of books, and I just can't see them flipping some magic switch so that they'll stop reading when they become teenagers.

So, my question is this: do teen boys really lose interest in reading? Or do teen boys not read because no one is paying attention to them?

Of all these books, not one of them has a picture of a person's face on the cover. Instead, they are more abstract, or they portray scenes or settings from the story. Girl books, however, are all about people. The more realistic, the better. Does that mean boys gravitate to the more abstract while girls connect with the more personal? Maybe. It would explain why don't I hear boys raving about books like Paper Towns, 13 Reasons Why, or I Know It's Over. These are all fabulous books, and the main characters are teen boys.


They also have photographs of girls on the cover. 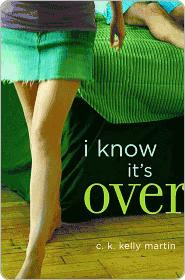 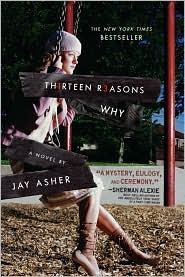 No teenage boy I know would be caught dead carrying around a book with a picture of a girl on the cover.

There has been recent controversy about 'whitewashing' on book covers. Take Liar by Justine Larbalestier, for instance. I think it's great that Bloomsbury heard what readers were saying, and changed the cover to reflect the ethnicity of the main character. It's a show of respect. And the whole situation demonstrates the power of a book's cover.
I think there is another group out there that would benefit from cover changes: boys. I think Liar has many story elements that boys would enjoy, but I don't hear boys talking about it. Why? I think much of it has to do with the cover being a picture of a girl.

There are lots of books out there with female MC's that boys would enjoy. Hunger Games and Catching Fire, Uglies trilogy, Shiver, Dust of 100 Dogs, The Adoration of Jenna Fox, I Wanna Be Your Joey Ramone, Graceling, Cross My Heart and Hope to Spy, The Disreputable History of Frankie Landau-Banks, The Forest of Hands and Teeth, Wicked Lovely, The Book Thief, and I'm sure there are many more.

Some of these covers have pictures of girls, and some don't. And I don't think it's a coincidence that I hear boys talking about the ones without girls on the cover, but not about the books with girls on the cover. So, either they are reading them and not talking about it, or they are avoiding them. Either way, the situation is not ideal.
But what can be done about it? Honestly, I don't know. All I know is that I will do what I can in my little corner of the world. When my 'girl books with boy appeal' eventually hit the shelves, I will fight for a cover that won't turn away boys, especially if I know the story has boy appeal.

Having gone book shopping with my tween son, I have to agree, if there is a girl on the cover, he won't touch it no matter how interesting the back cover blurb (that I read, because I think he'll like it, but he won't get near enough to check it out) might be. "It's a girl book. No way."

A great example of someone getting it right are the Vladimir Tod books, by Heather Brewer. The covers are gender neutral. My thirteen year old devoured them.

I think a lot of us want to feel we are less influenced by a book's cover than we are, but those who know the marketing power of a cover are right. If the same story is packaged as a "girl book" or a neutral or "boy book," it will make all the difference in whether a boy will even think about reading it. I think boys are more drawn to an action scene or "perilous setting" on the cover. As teens, my sons went for nonfiction more often than a novel, or got into Grisham novels.

At an SCBWI conference I heard an editor of a major publisher admit that when faced with a book that they felt had appeal to both boys and girls, they opted to create a cover that would appeal to girls because the gender-neutral cover "wasn't as appealing" (to them, mind you) as the girl-centric one, and if they had to choose one group, well, girls buy/read more...

But in locking out boys, doesn't that just create a closed-loop? Boys don't read, so we don't market to boys, who don't see anything that appeals to them, so they don't read, and thus the cycle is complete.

I have been examining the content of what boys want from their reading experiences on my blog http://fomagrams.wordpress.com (pardon the shamless plug) but I may need to think some more about the cover issues involved for a future installment.

I couldn't agree more. I'm a mom of four boys and we've had this discussion many times as we've searched for books. I don't understand why in this day and age there can't be multiple covers to reach different demographics. Or as you noted, neutral book covers. For me this is the real hope of e-books.

I agree with you. Teen years are hard, and most want to be accepted by their peers, and carrying around a "girly" looking book isn't something I think a lot of boys would be willing to do.

I think you're on to something here!

Great post! I hope when the time comes for me, I can get a cover that appeals to everyone, especially because I have a boy as a MC. I think you're right. I've never seen a guy with a "girl-cover" book.

Jean - yep, I can't see any boy that age feeling confident enough in himself and his masculinity to carry around a book with a girl on the cover. My boys are only four and six, and my six year old is already showing signs of the 'icky girl' stuff.

Jonathon - I have been meaning to read these books for forever. The covers are great, and the summaries on the back sound fascinating. I will have to move them up on the TBR pile. :)

Marcia - you are so right. We all want to say that a cover is just a cover and won't influence us, but I know I'm influenced. Heck, titles influence me, too. I just finished BLUE PLATE SPECIAL and really enjoyed it, but almost didn't pick it up because of the title. Likewise, I think boys would like DAIRY QUEEN, but there's no way they'd pick it up because of the title. It goes to show how much image influences us, even those of us who are NOT image conscious.

David - EXACTLY. Michael Grant said similar things in his comments on Andrew's blog. He said that since boys don't read, pub houses don't market to them. But if they don't market to them, them boys aren't going to read. It's like you said, the cycle is complete. And that drives me crazy. :) I'm definitely going to check out your blog posts, btw.

Joanne - I think the major reason for a single cover is cost. Multiple covers require artists (or additional payments to the same artist), multiple setups for printing, additional organization for shipping, etc. But you're absolutely right that ebooks won't have covers, and then it won't be able to influence boys. Andrew posted a few studies on his blog that showed boys were more likely to read on computer-like devices, so this may do wonders for bringing boys back to reading.

Danyelle - they sure are. I wouldn't repeat my teen years for anything. :) Image is essential for teens, it just manifests differently for boys and girls.

Bethany - yeah, and if they did read it, they'd do it behind closed doors. And then never admit to having read it even if they loved it. :)

A thought provoking post. It makes complete sense to me that boys wouldn't want to read a book with a girl on the cover. I know I can be influenced by a book cover, certainly boys and girls are too.

This is purely anecdotal, but in my ongoing series, Tantalize has a girl on the cover and Eternal has a wing.

I've heard from male readers on both, but increasingly from boys who start with Eternal and then jump back to Tantalize.

Bish - I think teens are influenced that much more because image is more important to them. Well, most of them, anyway. There are the few that are confident enough that they can take risks that others would be mortified to even think about. :)

Cynthia - I was thinking of your series as I was writing this post. :) I am not surprised that boys are picking up Eternal (awesome book, awesome cover), and it's *great* that they are moving on to Tantalize, even with the girl on the cover. Your books definitely have boy appeal, so I'm glad boys are reading them. :)

I am totally influenced by a book cover. It's not always accurate of whether I end up liking the book. But even so, it does affect what I read. And I can't imagine it would be any different for boys!

Spot-on observations, and I totally agree. I'm writing a "girl" book that isn't really boy friendly at all, but my next project will have a boy MC, and I hope there's no girl on the cover!

Laura - exactly. Stunning artwork has drawn me to books that I ended up hating, and mediocre artwork has nearly succeeded in me passing up a book that I ended up loving. Since teens are even more consious of image, I would guess this has double the effect on them.

Donna - I have a finished YA that is all girl. But I have several other projects I want to write that will have boy appeal, even if the main character is a girl. So I really hope the cover isn't something that will turn away boys. :)

Hmm, good food for thought. Now I'll be paying more attention to if a cover would appeal more to one gender over another.