I think everyone has had the experience where you’re with a friend, and you turn to them and say ‘so, I was on my way to (somewhere), and...’ or ‘you’re not going to believe what happened to…’ or something along those lines. And then we tell them what happened, which is basically an abbreviated story. In this scenario, the story works really well, especially for those who tell it with gusto. But if you were to transcribe those words onto paper, stick a title on it, and call it a story, it would read as flat and boring. Why? Because there are several key elements missing.

When you recount an event verbally in this way, it’s very linear: first this happened, then this, then that, and finally this. End of story. Basically, you’re giving your friend an outline of what happened. You’re not trying to immerse her in the events. If you did try to immerse her in the events, she would get bored and make that ‘get on with it already’ face. She doesn’t want to know what the room smelled like, or how soft someone’s skin is. Not unless that *is* the story. I.E., “Every time I walk by that spa on the corner, it smells like soap.” Or, “You have got to try this new body lotion. It makes your skin so soft!”

But when we write a story, our goal is immersion. We need to include all five senses in our prose, because we want the reader to feel as if he is right there in the world we’ve created.

Many new writers don’t make this distinction. I think it’s natural to sit down and write a story the way you’d tell it to someone. After all, it’s probably the only thing most writers have known up to this point. It’s all I knew when I first started writing, and that’s what my very first story looked like. :)

That’s not to say that verbally telling a story has no merit. It does. People read to their kids all the time, and there’s a huge market for audiobooks. And, most of the time, the people reading aloud can really get into it. Sound effects, altered voices, changes in pitch and speed, depending on the level of tension in the scene, etc. A great reader can turn a mediocre story into a fascinating one simply by telling it well. I’ve experienced this with audiobooks. I’ve also experienced the opposite, where the reader was not very good and made a great story sound annoying or boring.

So, basically, you can’t rely on a good reader. :) Your story has to stand on its own and generate images, feelings, sounds, and smells without the help of a good reader. That means you need to go far beyond the linear nature of this-happened-then-this-happened-etc. and the best way to start is to look at a moment in your own day. What do you notice? How do things feel or taste? What puts you in that moment and makes you feel like you’re there? Those are the details that need to go into your story.

The Little Android by Marissa Meyer

When android Mech6.0, saves the life of a handsome hardware engineer, her body is destroyed and her mechanics discover a glitch in her programing. Androids aren’t not meant to develop unpractical reasoning or near-emotional responses…let alone fall in love.

This is a short story, which I don’t normally review, but I really wanted to review this one because I loved it! This is one of the best fairy tale retellings I’ve ever read.

The Little Android is a retelling of The Little Mermaid, set in the world of Marissa Meyer’s Cinder and Scarlet. Cinder even has a cameo halfway through. :) Anyway, this retelling has been done so remarkably well that if you didn’t know the story of The Little Mermaid before reading it, it wouldn’t matter. This reads like its own coming of age story.

Mech 6 is a likable and sympathetic character, and her journey feels authentic and relatable. If you know how The Little Mermaid ends, then you already know how her story is going to end. Still, I couldn’t help but cheer her on. And then, when the end came, it felt so natural and touching and my heart went out to her.

The story doesn’t take long to read, so if you’ve got a spare fifteen minutes or so, I highly recommend it. You can read it for free here:

I apologize for not posting more regularly lately. Life has thrown me more than a few curve balls these past few months, and I'm just now getting back on my feet.

Anyway, the winners of the Cybils Awards were announced some time ago, but I still wanted to celebrate them. You can go here to see the full list.

I want to take a moment and gush about the winner of the YA Fiction category... It's Yaqui Delgado Wants To Kick Your Ass by Meg Medina.

Of the 90ish books I read as a panelist for this category, Yaqui was one of my absolute favorites, and I'm so glad to see that it won. It's the best book on bullying I've ever read, and has a realistic ending. If you haven't read it, you should. Like, now. :) In the mean time, though, I'm going to check out the winners of the other categories.

Yesterday morning, Chicago woke up to yet another few inches of snow. So far this winter, we’ve had a total of 75 (ish) inches of snow—we normally get an average of 36 or so. It’s been too cold for the snow to melt, so it just keeps accumulating, making it difficult to get around. The past few days, though, have been warm enough to melt at least some of it, leaving crusty piles of filthy snow everywhere. Everyone here is so done with winter.

And yet, this morning, when I looked out the window to a fresh blanket of snow, I marveled at the beauty. This is, by far, the prettiest snow we’ve had all winter. The elements all lined up to allow the snow to accumulate on tree branches, the sides of fences, windows, and pretty much any surface cold enough to hold it (which is everything). It was breathtaking. So, after dropping my kids off at school, I went outside to take pictures…and experienced something quite interesting.

Most people were heading off to work and some were walking their dogs, but everyone was clearly disgusted with this new snowfall. And, when they saw me taking pictures, they either looked at me like I was crazy or dismissed me as a tourist. Because what Chicagoan in their right mind would be happy about more snow? Right?

Well, they would be right, and also wrong. I’m a native Midwesterner. I grew up through some wild snow storms, ice storms, power losses, buried roads and cars, etc. Even though we’ve had near record-breaking amounts of snow this winter, this is nothing new to me. I’m as tired of winter as everyone else, and can’t wait to put my snow boots away already! But, this morning was so gorgeous and peaceful that I just had to set those discontented feelings aside and enjoy the moment. I grabbed my camera and went out to celebrate the beauty.

I am hoping that this is the last snow that will stick, and that the temperatures will begin to rise so I can hang up my big winter coat. But that doesn’t mean I want to ignore beautiful moments like this morning. I get why some people might not be able do this, but it still makes me a little sad.

So, what does all this have to do with writing? Nothing. Not really. :) The only parallel is that our characters are just like the people who woke up to yet more snow this morning. Some hated it, some found it picturesque. Characters in our books react in the same ways, but we get more insight into why they react the way they do—we get to see the shift in perception over the course of the story. The character might have started out loving winter, but then grew to hate even the mention of snow. Or, the character might have started out hating winter, but then grew to appreciate the beauty in it. A character’s shift in perception is a part of his journey, and the reader needs to not only see it, but also understand it.

Anyway, in case anyone is interested, here are some of the pictures I took. Enjoy! 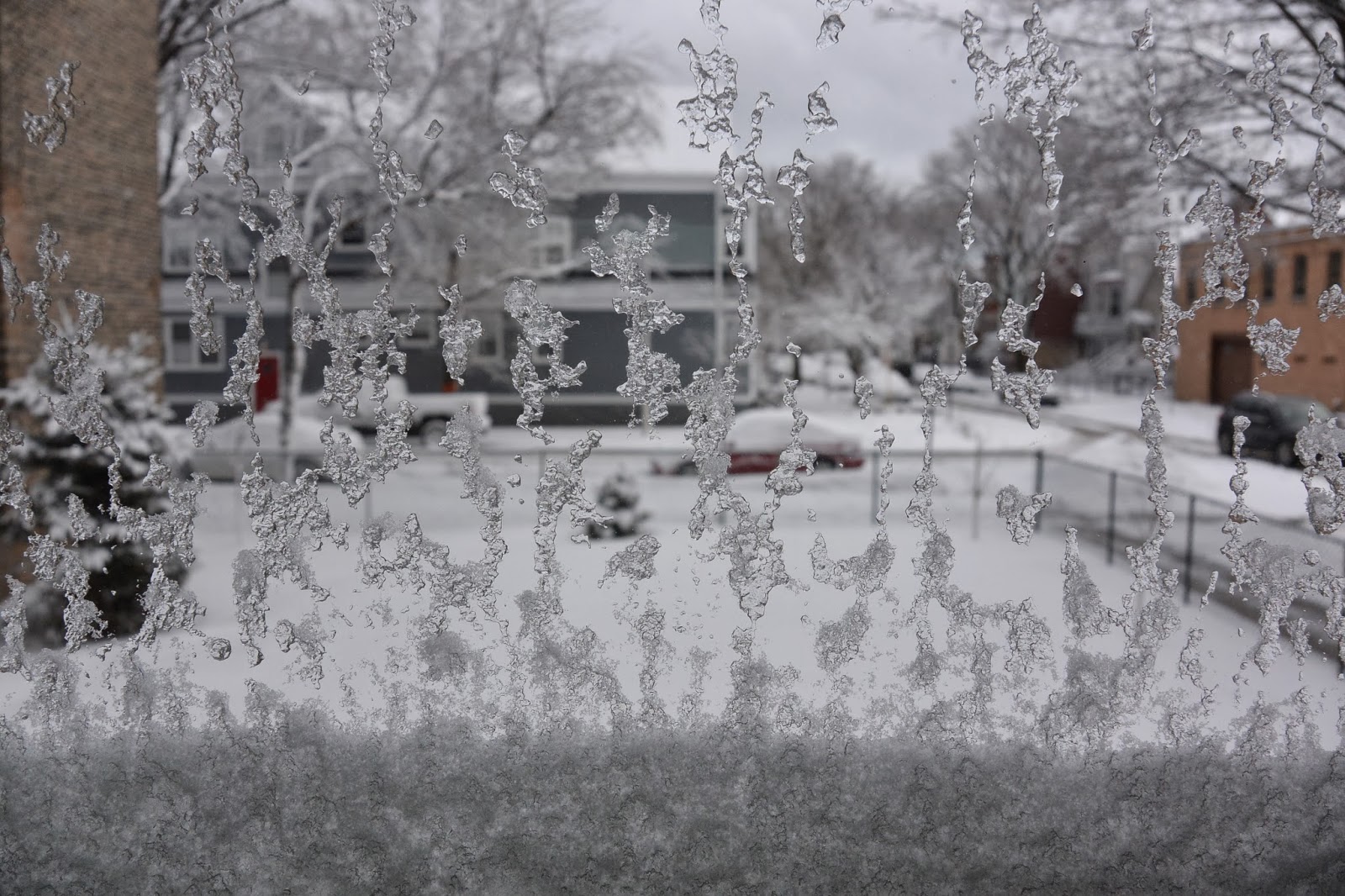 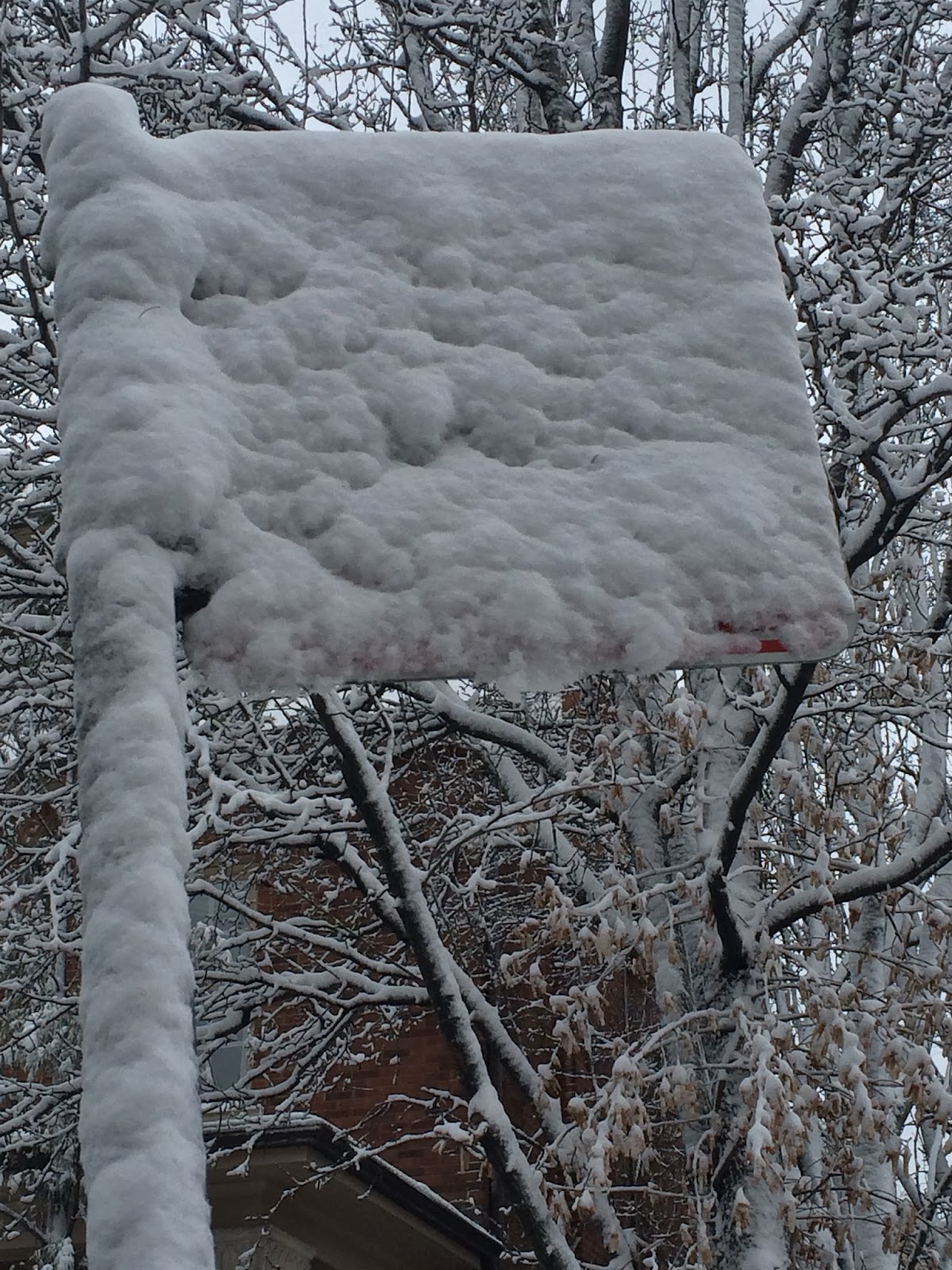 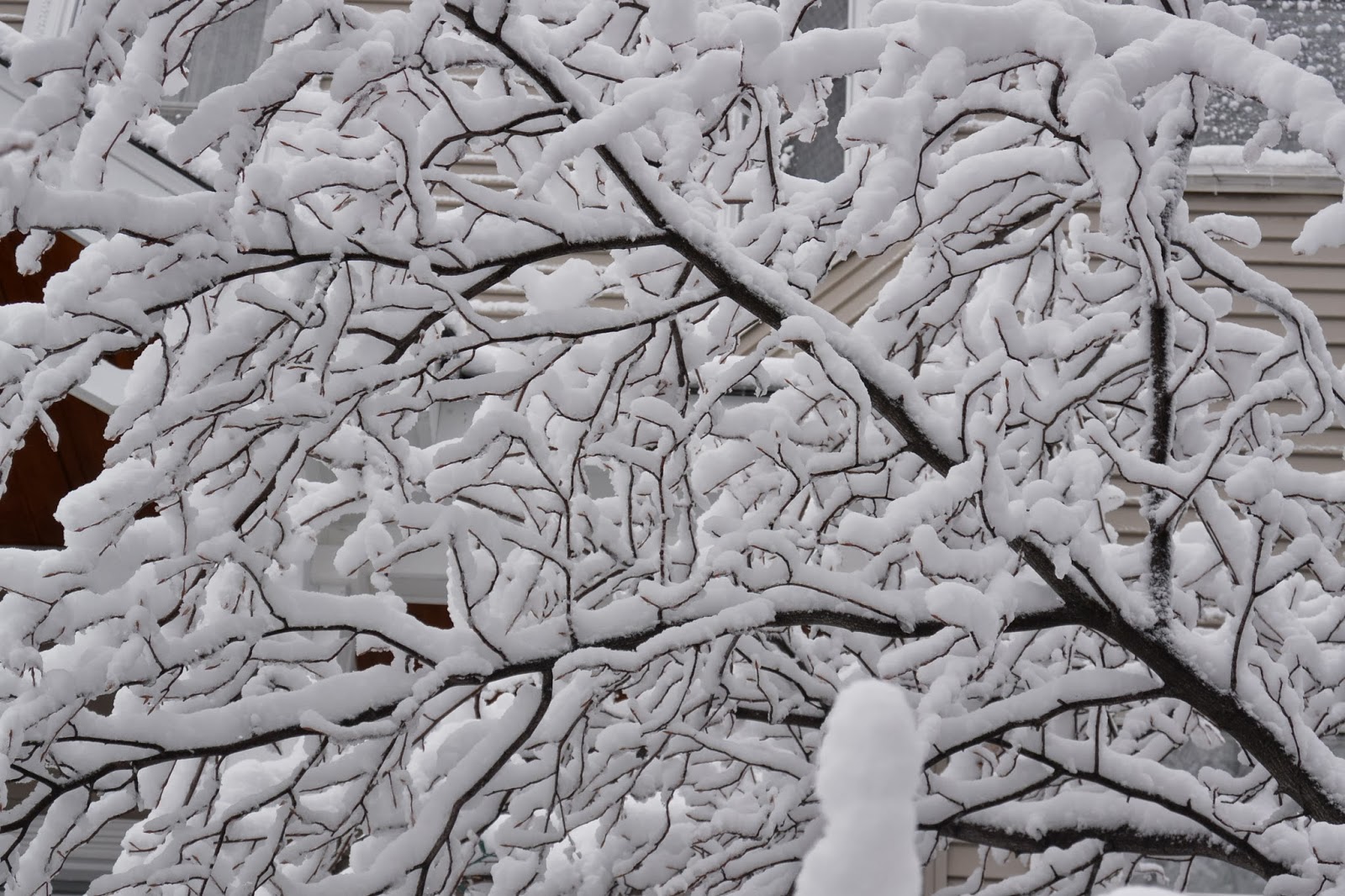