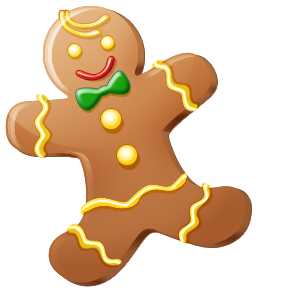 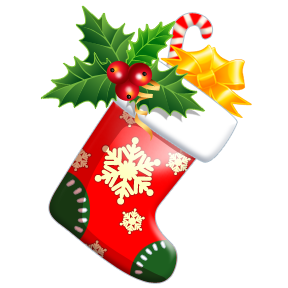 I know it's a few days early, but I'm off visiting family and we're
already pretty festive.
In fact, here's a stack of gingerbread cookies I decorated, due to an overabundance of festivity. :)

I'm going to go eat them now, so, to those of you who celebrate,
have a safe and wonderful Christmas!! 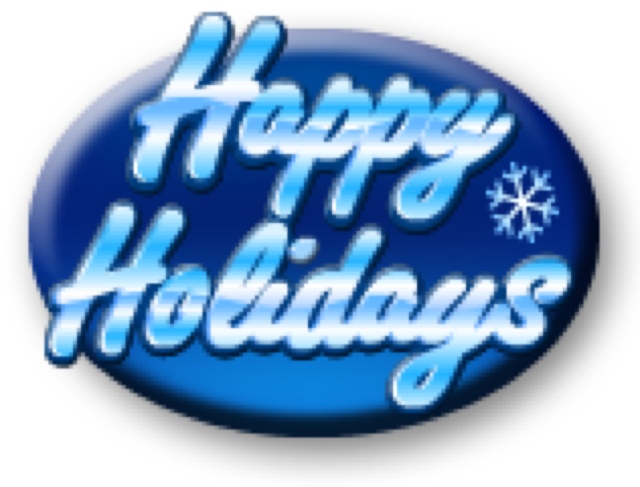 If We Survive by Andrew Klavan

What do you do when a mission trip suddenly leaves you caught in the middle of a revolution?
Will Peterson is part of a mission team that has traveled to Costa Verde to rebuild the wall of a school. It's been a great trip-until a revolution breaks out just before they board their plane to go home.
But then it becomes a desperate race to escape: from a firing squad, from savage animals in the depths of the jungle, from prison cells and revolutionaries with machine guns.
One of the girls is showing Will amazing things about what it means to be truly fearless. And one of the guys has the makings of a real hero. None of them will go home the same. If they only survive.

I read this book because it was nominated for the Cybils YA Fiction award. Will, the main character, has gone to Costa Verde with a group of missionaries to do some volunteer work rebuilding a local school. On his last day there, a revolution breaks out and their lives are put in danger.

As far a christian fiction goes, I get leery about the message-y aspects it can sometimes have. Not so with this book. The fact that Will believes in God is just another aspect of his character, and this is done very well. There is nothing preachy or miracle-y in the story, which is refreshing. Instead, the story takes on a 'the lord helps those who help themselves' philosophy.

There is a lot of action, and the pacing kept me on the edge of my seat. I found Will to be a wonderfully real character, with realistic flaws, temperament, and ideas. The other characters were just as interesting, with their own issues and philosophies. There isn't as much growth as I wanted, and some of the events and incidents were a little predictable, but I didn't mind. This story is fun and full of adventure.
3 comments:

Six Revision Tips for Polishing Your Work Before Submitting

This is more like an article for tips on how to revise multiple projects over the course of your career rather than one project, but I still found it interesting. Enjoy!

Park Sheridan and Eleanor Douglas are two misfit teenagers living in Omaha, Nebraska in 1986. Dealing with issues of race and child abuse, the book tells the story of a star-crossed first love after the two meet over a school bus and comic books.

I’m not one for gooey romance, and I can’t stand insta-love. Fortunately, Eleanor & Park doesn’t have that. :) I thought the story started out wonderfully—very honest and relatable, and I loved how the relationship between Park and Eleanor develops gradually. In the process, we get a clear view of who these characters are. That was done so incredibly well.

As the story progressed, however, the story wasn’t as compelling. I had some trouble with the plot at times. For example, it wasn’t clear how the scribbles on her book and gym class were connected. We’re told they are, there’s the incident with her clothes, and then all of a sudden it’s something else. I got stuck on the logistics (or lack thereof) of everything.

Also, once Eleanor and Park are ‘together,’ their relationship becomes cliché in the I-can’t-go-without-seeing-him/her way. After the honest and realistic way they got together, this was disappointing.

I didn't like Eleanor, either. I totally get her fear of getting close to others, of becoming visible, of putting herself out there and risking more pain. I truly GET that in a personal, visceral way. I related with her so much in the beginning because of this. But then, she doesn't grow. She doesn't learn. Not really. She slowly lets Park in, but never completely, and, when it truly counts at the end, she reverts back to her old ways. Considering how everything has changed for the better, that made her seem like such a coward.

As a result, she treats Park abominably. If the gender roles were reversed and Eleanor was the boy, the general response would be along the lines of “He’s not worth it. Don’t waste your life waiting around for him to get his **** together.” That’s exactly what I wanted to say to Park. Park should be hurt and mad about what Eleanor does to him in the end, especially after all he'd done for her. The fact that he’s not sends a disturbing message.

By the end, Eleanor should have learned something. She was in a different place with different people, and she should have opened her eyes and done the right, and scary, thing. But she didn't (which makes her a coward). And that post card at the end? Many readers have found this romantic and emotional, but I found it insulting. Instead of three words, there should have been two.

So, for me, this book started out great, but then I was almost hating it by the end. Of course, endings are very important for me, and can make or break a book. This ending broke it.

5 Ways To Get The Most Out Of Goodreads

Many writers are already members on Goodreads, and I thought this was a great article on how to utilize it well. Enjoy!

Donald Maass on How To Make Your Setting A Character

Donald Maass did a guest post on Writer's Digest about setting and how to make it so real that it feels like another character in your story. Go check it out.